Why do we tweet our weight and workouts?
A couple of weeks ago, HL7 Standards brought an interview with Ted Vickey, who is conducting a social fitness research to find out why people tweet their weight and workouts. During the last 6 months, Vickey has collected an astounding 4.5 million tweets automatically tweeted from mobile fitness apps, such as Withings, RunKeeper, and Endomondo. According to Vickey, sharing this data could be the solution to obesity problems. His research shows that the reason for this is that when your social network can see your endeavours, they hold you accountable and motivate you. An example is the function in the Nike+ app, which launches an audible cheer when your Facebook friends like your activity while you are running.

Everywhere computing
This article in The Economist is about the findings of Genevieve Bell, who has spent the last few months travelling in different countries to study what people keep in their cars. She found that cars are places where people use a variety of gadgets. But as you know, technology is all around us today, and not only cars are becoming more connected. Telemedicine, mobile payment technologies, augmented reality, wearable computing – these are just some examples of the ubiquitous computing. Life-logging and self-tracking are also examples of how technology is more and more engrained in our everyday lives. Today many people use life-logging apps such as Instagram to immortalize and share moments and wear the Jawbone UP bracelet to track their activity. These gadgets and apps will have a profound impact on the world, and at this point we are at a stage where we see the beginning of how technology will become even more personal.

Adidas launches the World’s first social soccer boots
We have already mentioned Adidas’ social soccer boots on our social networks, but they are so cool that we thought we should mention it again here in our monthly mash-up in case you missed it. The boots monitor and analyze your physical performance such as speed, rhythm, and distance. It stores the data, which is transmitted automatically to your computer, phone, or tablet. The user can then upload the data on his or her Facebook profile and voila, you’ve got a social soccer boot! 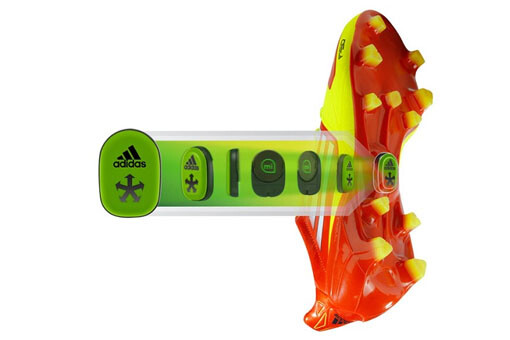 Infographic: How physicians use mobile technology
Mobile technology for physicians is frequently mentioned here on the blog. This infographic gives you an overview of the growing trend of handheld device use by healthcare professionals – in fact the use of Wi-Fi connected mobile devices in healthcare has increased by 20 percent in 2011, according to the infographic. The infographic shows that three in four physicians owns an Apple device, and even one in four physicians owns both a tablet and a smartphone. What’s more, 44 percent of the physicians who don’t own a mobile device intend to get one before the end of the year. The physicians of today are indeed “super mobile”! 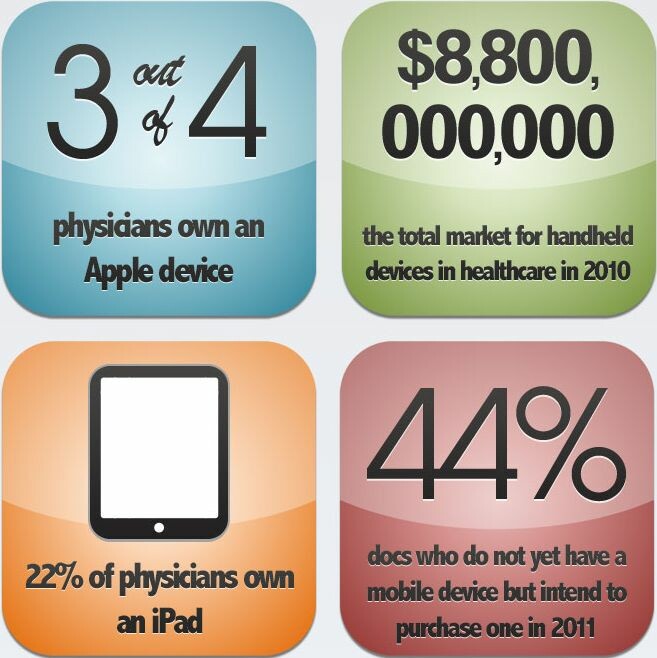 Parents turn to the Internet before going to the ER
According to Reuters, one in eight parents go online to learn about their child’s condition before taking it to the emergency room. Parents also ask their physicians advice about which websites to visit to get answers. Research has shown that 50 percent of parents have consulted the Internet for health related issues at least once within the last three months. The most popular websites for this purpose are WebMD and Wikipedia. Doctors say that it is important for parents to be able to talk to paediatricians about what they read on the Internet, and that the paediatrician place it in context for each child.