Like last year, Withings was at CES in Las Vegas during the week of January 9th to unveil its new product. And this year, the new device is…


The Smart Baby Scale measures your baby’s weight with a precision of 0.02 lbs (10 grams) and connects in Wi-Fi, Bluetooth and Bluetooth Smart to send the weight of the baby directly to your smartphone or online, to your personal dashboard.

When the child is old enough to stand, you can remove the basket and turn the Baby Scale into a child scale that can measure weight up to 55 lbs (25 kg).

The Smart Baby Scale will use the same iOS and Android app as the adult scale and in anticipation of its release, we are also preparing a new version of those apps. The new version will feature a complete redesign of the interface as well as specific functionalities for the Smart Baby Scale: a dashboard with all the information relevant to a baby’s health and points of references for the normal development of a child (in relation to percentiles and BMI). Users will also have advanced options to make all the data available to their pediatricians or share just the most significant steps in the development of the baby with their family and friends.

The video below is a short presentation of the Smart Baby Scale.

The release of the Smart Baby Scale is scheduled for the second quarter of 2012. 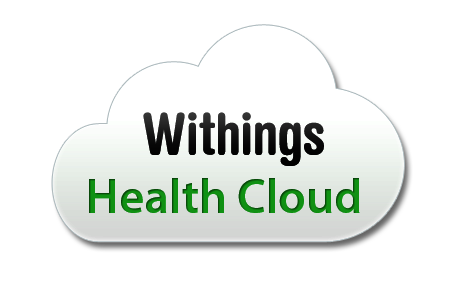 Our plan with the Health Cloud is to create a real ecosystem of partner devices and apps that will allow users to sync their personal data with each other and make it available in the most convenient way possible. We had the opportunity at CES to engage with many other companies who share this vision, so you can expect more announcements on that front in the coming weeks!

The third big news for Withings our of CES is that, after Panasonic last year with the Viera Cast, Samsung announced that their new “Smart TV” system will also feature a Withings app. Very soon, you will be able to display the weight trends of the whole family on your Samsung television!

And like this an exciting new year begins for Withings! Let us know in the comments if you have any question regarding the Smart Baby Scale or if you want to suggest devices, apps and website for us to try and integrate with.

PS: We had hoped also to announce during the show the launch of the Smart Baby Monitor in the US. Unfortunately, the process of validation of the device by the Federal Communication Commission is still not complete and February appears now as the most likely date for the release. We know that many of you have been waiting for it for a long time now and we want to apologize again for this delay.