One of the most prominent features of the iPhone 4S is the introduction of “Siri”.

Siri is a personal assistant software equipped with advanced voice and phrase recognition capabilities. It distinguishes itself from the previous generation of voice-recogntition apps, such as Android’s Google Voice Actions, by its unmatched ability to understand “normal” phrases and react in a variety of ways: if you ask Siri to do something, it will use the correct app in the iPhone to obey your instructions. If you ask it a more open question, it will also mobilize its database and its connection to the Internet to try to find the most relevant answer. 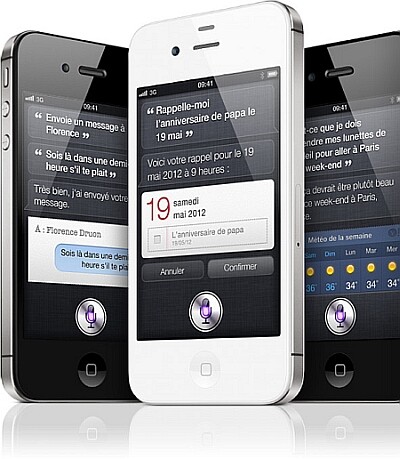 Siri is designed to handle all sorts of tasks.

An intelligent program capable of understanding and answering mildly complex queries can of course find many applications for healthcare. Mobihealthnews tested the system extensively and offers a few examples:

–          It can find basic definitions for the most common medical terms

–          Siri can even help you lose weight by generating a simple plan based on calorie consumption and the number of pounds you wish to lose.

Siri can also help you manage your health in a variety of other ways: take note of your doctor appointments, remind you automatically when it is time to take your medicine
Ultimately however, Siri is only as good as its programming. While it is a most impressive piece of software with a remarkable capacity for adaptation, it is still a machine with limitations. For instance, in the first weeks after the release of the iPhone 4S, a debate emerged when it became apparent that Siri did not understand queries related to contraceptive medicine or information about abortion. Some groups interpreted it as a sign of a Apple’s bias in the pro-choice / pro-life debate, while the company replied that it was just the result of insufficient programming (partly due to the fact that most “abortion clinics” don’t use that denomination to identify themselves), arguing that Siri can also display similar shortcomings about a variety of subjects.

Beyond what Siri can already do at a consumer level, its technology of “Natural Language Processing” also shows great potential for healthcare professionals. Once adapted to their tools and environments, Siri (or its cousins) could help doctors access patient records, consult medical databases to check the side-effects of a drug or call to their screen test results or x-rays.


Music is the medicine of the soul, and Siri also does that very well.

Quite a few programs are currently trying to replicate Siri for Android. Apps such as Cluzee, Vlingo, Speaktoit, Iris, etc. While we haven’t tested them ourselves, user feedback seems to be that those apps are not yet quite as responsive and smart as Siri. According to rumors, Google is currently developing its own version of Siri (under the name “Majel”, still according to online rumors) for inclusion in future Android release and Microsoft is also working on something similar for Windows.

Do you already use Siri for health-related tasks? How far would you trust a robot to answer questions about your health?