Obesity: a total social fact and a global issue

Obesity is a medical condition characterized by the accumulation of excess body fat. But as more and more persons tend to put on unecessary pounds, obesity also becomes a “total social fact”. The expression was imagined by the sociologist Marcel Mauss to describe “An activity that has implications throughout society, in the economic, legal, political, and religious spheres”.


How did it get so critical?

All humans are not equal when it comes to fat. On an individual level, to understand the excess-weight-phenomena we must consider several aspects of social life. Alongside socioeconomic considerations, we also have to look for political, religious and environmental ties. Neither should we forget about genetics, individual history and aesthetics. Note : obesity is mostly a problem in industrialized countries.

Food intake and activity are on top of the list of environmental factors that have an impact on the silhouette. Today’s phenomena is the result of slow but continuous shifts in our lifestyles. This evolution appeared as diets became richer, and as the average amount of daily physical activity decreased. We eat more and move less, and this overconsumption trend could very well continue and develop.

Everyday it gets easier to eat too much and to not exercice at all. The growing availability of cheaper foods, the increase of the size of servings and the addition of sugar and salt in industrial dishes combine with the modern man’s sedentarier lifestyle to create this health hazardous total social fact. In recent years obesity has also hit kids and teenagers… The equation is brutal.

Note : a recent study investigates the links between obesity and the presence of BPA (Bisphenol A) in everyday objects (plastic cup, canned foods…). Some results show that the more a child is exposed to BPA, the more likely he will be obese growing up.

Unless developed countries go through a global reality-check, more people will accumulate excess fat, resulting in a reduced life expectancy and a higher occurrence of related pathologies: diabetes, strokes and coronary heart diseases. Ultimately, the costs they induce could put the economy of some US states and countries at risk. Thus the title of this article.

The Trust for America’s Health (TFAH) and the Robert Wood Johnson Foundation (RWJF) have just released a report called “F as in Fat: How Obesity Threatens America’s Future 2012“, which warns us about the potential public health issues the United States.

According to the study, health care costs in the USA are forecasted to skyrocket in the next 20 years. The estimated medical costs associated with the treatment of the consequences of obesity-related diseases in 2030 are steep. But “F as in Fat” also proposes a brighter alternative futur. The report shows that if the American public institutions help US citizens reach a slightly lower BMI (- 5%), the health risks could be significantly reduced (for someone who weighs 200 pounds, this effort means losing 10 pounds).

In regard to those risks, it makes sense toinitiate policy changes now for a “lighter” future: getting kids to do more physical activities in schools, making sure fruits and vegetables are available to them… The report makes recommendations in this direction. After listing relevant state-initiatives, the authors insist on encouraging the“full use of preventive health care services and provide support beyond the doctor’s office”. We believe this is where Withings can make a difference. 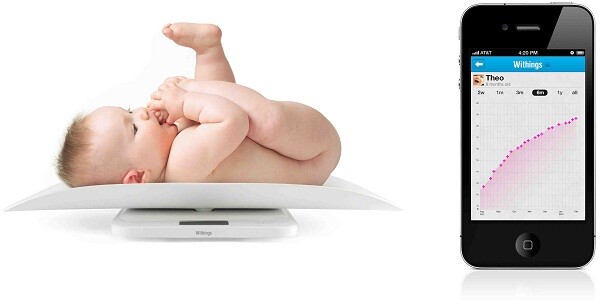 Keeping track of your baby’s (or kid’s) weight and BMI is a way to monitor you child’s health. That’s why Withings has decided to develop a Kid Scale. With this versatile smart scale – you can use it for newborns (with the weighing tray) and for kids (without the tray) – you will be able to act upon a weight problem as soon as it appears because you will see it. The fact that you just have to step on the scale and you don’t have to write down anything is a key element that make this body scale easy and fun to use. 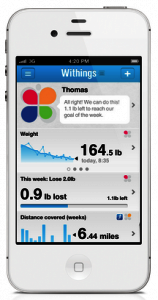 Achieving the lifestyle changes you long for

Over time, you might have put on a few unnecessary pounds or you stopped exercising… The thing is, now you want to change to a healthier lifestyle. Good for you. But how do you do that? How do you spare your motivation through time? Withings scales and the Health Companion App are good for this. Together, our apps and product represent the easiest and most fun way to take care of yourself and stay healthy.