Withings talked with Jen Miller about her new memoir and the slow bloom of her healthy affair with a sport she once wouldn’t bat an eyelash at. Read on to learn how hate turned to love, how the activity carried her footfall by footfall through difficult times, and how her time spent in sneakers finally helped her hit her stride as an adult. 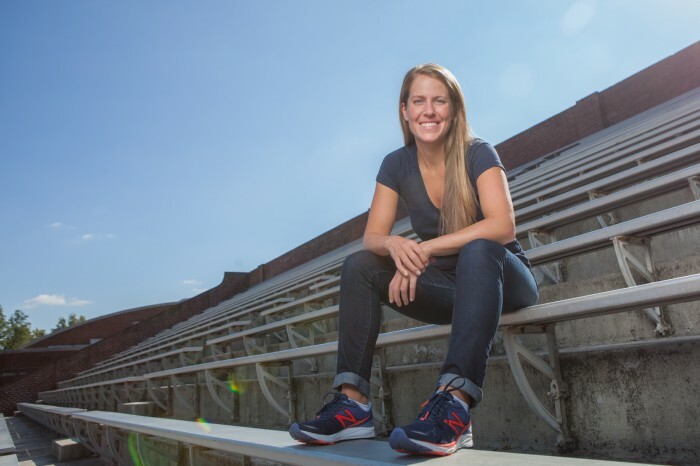 Author Jen Miller, pictured, was vehemently “anti-running.” She thought it was unbearably boring. In her new book, she described her feelings for the activity this way: “I detested running growing up, though ‘detested’ might be too kind a description. How about loathed, despised, hated with the burning of a white hot fire?” And yet, the title of her book? Running: A Love Story.
Miller says was always naturally athletic and active growing up in New Jersey. She played soccer and softball through high school. So in fact; she ran a lot. Training for sports, racing for first base, charging down the soccer field. But running always had a clear purpose. In her book, she describes her reaction when her high school sweetheart went for a run with his cross country teammates: “Ten miles! For fun! I’d have rather run over a rusty nail.”

Miller’s first flirtation with simply running had the clear purpose of advancing her freelance writing career. She pitched a story to a national women’s magazine about training for her first 5K. The angle was how she, a person who thought running was torture, would handle training for a 5K with an online coach, which at the time was a new concept. During the first two mile run, she focused on not throwing up or falling down. But, slowly, the experience transformed. In her book she writes, “I thrilled in every small victory: every “this is the longest I’ve ever run” run, every interval training set met, every time I went into a running store and didn’t try to tuck my head into my shoulders like a turtle because I felt I didn’t belong.”

Running for her life

After the 5K, Miller thought she’d likely jog now and then as part of her fitness routine but nothing more. Then, in a short space of time, her boyfriend broke up with her, she bought a new home, and her grandfather died. In the aftermath of this personal upheaval, she began attacking longer distances and training for a 10K as a form of therapy. Running helped her through her grief for her grandfather, pushed her through the anger and sadness of her breakup, and helped her cope with the stresses of adulthood and homeownership just as the recession hit.
Eventually, and for the first time, exercise became about taking good care of herself. In college, she’d exercised and eaten, as so often happens, to fit a culturally-imposed body ideal. While still mired in the painful relationship that inspired her first 10K, her diet and exercise habits veered dangerously close to an eating disorder. But since then, running has evolved into a dependable, comforting, supportive life raft. She’s happily in a relationship now, but she’s completely committed to running – for herself.
Today, Miller recommends running to people as a form of solace and strength through the inevitable hard times life hands out. She described how it can help by saying, “If you’re going through a breakup or divorce or grief or something terrible, running just quiets everything down. It helps you forget about stuff temporarily or it can help you process through stuff.”

Poised to be a runaway best seller?

In her honest, engrossing book, Miller describes how she went on to meet bigger challenges in running and in writing over the next few years. She tackled more 10K’s and half marathons. She’s run in five full marathons, including New Jersey, Boston and New York. Her freelance career took off, with her work appearing regularly in The New York Times, The Philadelphia Inquirer, and Runner’s World, among other publications. 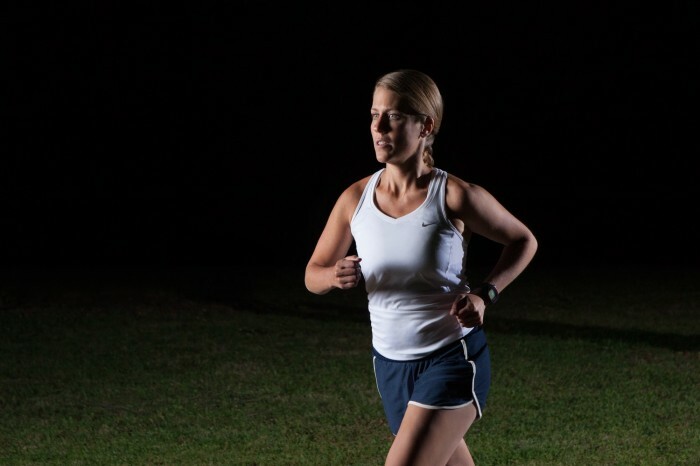 Today, she can’t imagine not running anymore than she can imagine not writing. It keeps her mind and body healthy. When she’s running, Miller said, she sleeps better, eats better, and is more focused. She’s fiercely protective of her running time. It’s on her daily to-do list and she refuses to schedule meetings before lunch because that’s when she runs. She told Withings, “At that point in the day, you stop and you go do this thing. It’s something on my calendar. It’s just a healthy part of my life.” 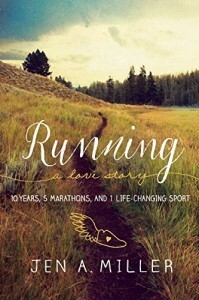 While preparing for the publication of her book, Miller has also been training to run in the New Jersey Marathon again on May 1. After that, she plans to tackle the unique, off-road difficulties of a trail marathon. Miller told us, “The workout is very different. Running on trails is a lot harder, mentally, because you have to not fall. I like to test my body and I like hard work. When I’m training, I’m pushing my body to the limits to see how far I can go and I like that challenge.”
And she relishes the newfound experience of running to tackle her personal goals, and not to get over something or someone. Miller explained, “When I decided to run the New Jersey Marathon this year and break four hours, I thought, ‘Well, I’m not mad at anyone. What’s my motivation?’ I’ve found that it’s just that I really want to break four hours. That’s what gets me out in the rain and the snow.”
***
You can follow Jen on Twitter @byJenAMiller and Instagram @Jenamillerrunner
Photo credit: Marc Steiner