Abbi Crutchfield: Comedian On The Move

A new study from a researcher at Vanderbilt University shows that ten to fifteen minutes of laughter can burn fifty calories. And for that, Withings recommends a daily dose of Abbi Crutchfield. From TV to her live tour, read on to get to know an active comedian whose career we enjoy tracking. 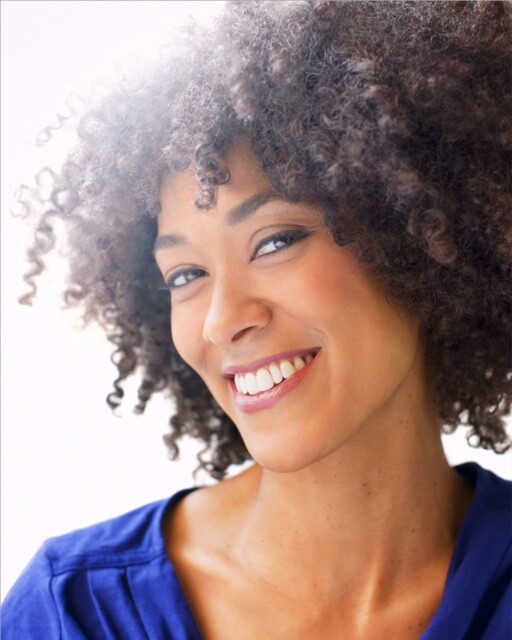 Abbi Crutchfield, pictured, is a stand-up comedian, an Upright Citizens Brigade alum, and the host of People Now. The Indianapolis native has been featured on MTV, VH1, College Humor, and on national commercials. She is a contributor to Someecards, Internet Action Force, and her jokes are listed among the Best Tweets of the Year by Huffington Post Comedy. She was recently seen on Comedy Central’s Broad City and produces the popular stand-up show The Living Room in Brooklyn. And while on the move, Abbi wears a Withings Activité Steel watch. While she was on the road, Withings virtually sat down with this stand-up to find out more about her life in the funny lane.


Getting to know comedian Abbi Crutchfield

Withings: Did you always want to be a comedian? When did you first give comedy a try?

Crutchfield: When I was a kid I wanted to be an author and illustrator of children’s books. Then Miss America. I settled on being a comedian which involves both writing and being on stage where people clap for you. I did my first stand-up set at a talent show while studying abroad my junior year of college. It was all inside jokes, and in a completely encouraging environment, so it doesn’t count at all.

Did you go to college? If so, where and what did you study?

I graduated from Georgetown with a B.S. in Foreign Service, and I am the only one using that degree to do stand-up. In all fairness comedy is a kind of service, and often in a given audience there are foreigners.

What are the pros and cons of touring? Is it hard to eat healthy on the road?

My favorite part of touring is getting my jokes in front of as many different eyeballs as possible. Traveling is the best way to find out what jokes need work and exactly how many Red Lobsters serve cheddar bay biscuits. So far — all of them.
It’s hard to eat well on the road and at home. I make bad food decisions, and I shouldn’t blame that on a small town in the middle of nowhere. But I will.

What’s your favorite form of exercise? Any secrets you can share to staying fit?

Lately I have enjoyed the low impact exercise of running. I like how little an impact it has on my wallet. It’s free to run! And gyms have tracks inside, as if to say, “Come pay to run.” What a racket.
I don’t have a universal secret to staying fit, but if you are like me with low willpower in the face of a challenge, take baby steps with your exercise. The first “run” I ever did was a jog for 1 min and walk for 2 min, ten times. Once that was over, I was like, “I could run a marathon!”

What’s the toughest thing about being a female comic?

Everyone makes sacrifices for a career in comedy. Vacations, relationships, jobs, income, status symbols like owning a home. One specific sacrifice that I don’t love is putting off having kids for as long as possible. But that is a choice. I know people who throw caution to the wind, and start families whenever and either abandon their dreams or don’t. My delay stems from inward pressure of wanting to achieve everything Melanie Griffith does in Working Girl, or Diane Keaton in Baby Boom. But then I remember I will never work in an office building.

Who are your favorite comedians?

Too many to list. But some who have been helpful to me in my comedy career are Patton Oswalt, Jim Gaffigan, and Michael Ian Black. My first two favorite comedians as a kid were Ellen DeGeneres and Sinbad.

When did you start wearing the Withings watch? Do you find you are more or less active than you thought you were?

I wore it the same day I got it. I am acutely aware of when I am not active, and pleasantly surprised by how much work I put in when I am active. Also my sleep is awful, which I already knew. But seeing that in graph form makes me want to do something about it. 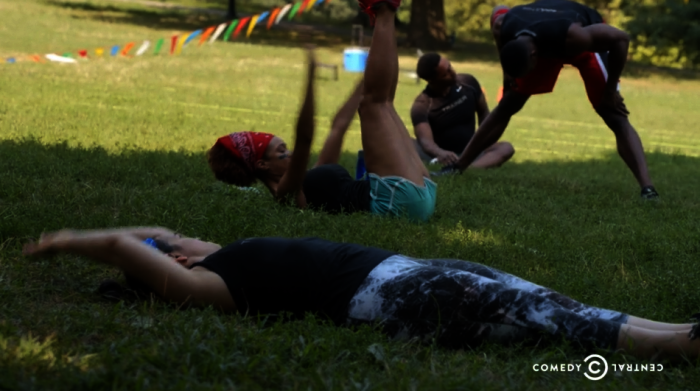 What is the best show you ever did?

I opened for Aretha Franklin at Radio City Music Hall.

What is your dream job/life goal?

Food critic or resort critic. But without travel. Teleportation is also possible in this dream.

I speak French and Italian. I can draw a portrait of Billy Crystal on my fingernail. 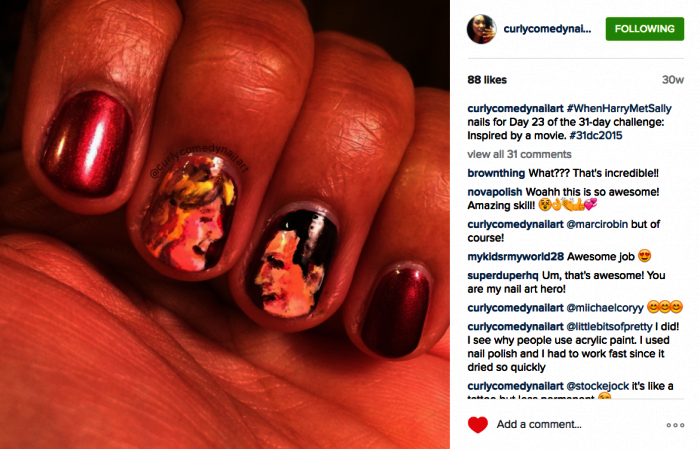 Whoa… tell us more about the nail art — self-taught? Have you always been into it?

I did it as a kid for fun, like I would use white out over red to paint dots and make dice or over black to make dominos. My favorite tribute I have done is the movie poster of When Harry Met Sally. I did it freehand with the actual brush and paint from a nail polish bottle, not with special tools or acrylic paint.

Is there anything else you’d like people to know about you that we didn’t ask?

I refuse to kill bugs and I feel guilty about ratting them out to someone who is willing to kill them. I’m a snitch! I know my time is coming, when the roach rebellion is upon us.
***
Don’t call Abbi if you have a bug infestation, but do look for her on tour with Pink Collar Comedy, which is currently on a 6-city tour of the West coast starting in L.A. and ending in Seattle. You can also see her in person in Brooklyn at her show the Living Room.
Follow Abbi on Twitter @curlycomedy and Facebook @abbicrutchfield
Follow her on Instagram @curlycomedy and her nail art @curlycomedynailart
Related: Celebrity Trainer & Comedian Irene Bremis