Lipedema: The Disease They Call FAT

What if we told you that a serious disorder affecting up to 11% of women worldwide is barely recognized by medical practitioners? That’s the case with lipedema, a fat tissue disorder. Our blogger, Rachel Glum, who also works at The Lipedema Project promoting awareness of the condition, is here to explain more.

When I first applied for a job at The Lipedema Project, I, like most people, had never heard of lipedema. It was unbelievable to learn that such a prevalent disorder could be so under-recognized. And beyond that, that so many women who have lipedema and don’t know it spend their whole lives blaming themselves for not being able to lose weight when in fact, it’s not at all their fault.
So what is lipedema? It’s a little-known disorder of the adipose, or fat, tissue of the body, where fat cells accumulate and grow abnormally. Lipedema often begins at puberty or other times of hormonal change and affects the legs, hips, and buttocks, but it can also affect the upper arms. Women with lipedema often have a disproportionately large lower half, column-like legs, and difficulty losing weight in the affected areas. They may also experience legs that are painful, heavy, sensitive to the touch, easily bruised, and swollen. A cuff of fat may be seen at the ankle where the lipedema fat stops suddenly, leaving the feet spared. Without treatment, lipedema will progress from Stage 1 to Stage 3 or 4.

So why haven’t we heard of this? That’s a great question. While lipedema has undoubtedly existed for thousands of years, it was only formally identified by Allen & Hines at the Mayo Clinic in 1940. Even still, awareness and knowledge about the condition has only begun to grow in the last few years. One reason may be that as a condition of “fat” people, it’s not taken as seriously. Sad, but true. The anti-fat bias of the public, and especially of medical professionals, is a huge problem, and has real effects on the quality of medical care that overweight patients receive. Lipedema patients, who are often misdiagnosed as obese, face this anti-fat bias frequently, which makes a proper diagnosis even more difficult to obtain.
Catherine Seo, director and producer of the documentary, The Disease They Call FAT, has been through it all. When she hit menopause, despite continuing the strict diet that had previously led to a 140-pound weight loss, she began to gain weight again. She encountered extreme anti-fat bias from doctors, many of whom didn’t believe that her weight gain was not due to personal choices. Due to an ongoing misdiagnosis that led her to have several surgeries, Catherine developed lymphedema, a condition that causes severe fluid retention due to lymphatic impairment.
While undergoing intensive therapy and exercise to reduce the swelling, she stumbled upon Földi’s Textbook of Lymphology. One particular chapter described lipedema, and she was astonished to discover that she had all of the listed symptoms. It was lipedema, in fact, that had been the source of her weight struggles and weight gain, and had put her at great risk for developing lymphedema from surgery.
Catherine had spent so long blaming herself for the weight gain that it was a relief to discover it was out of her control. Still, the disease had come close to robbing her of mobility, and she was disappointed in the lack of awareness of lipedema, especially in the United States. In 2013, she traveled to Europe, where slightly more knowledge and treatment existed, to find out everything she could about lipedema. She interviewed doctors, patients, and advocates who knew about lipedema, and discovered many other women with lipedema who had gone through a similar experience to hers. From this journey, she produced the documentary, The Disease They Call FAT to help promote awareness and understanding of the condition. 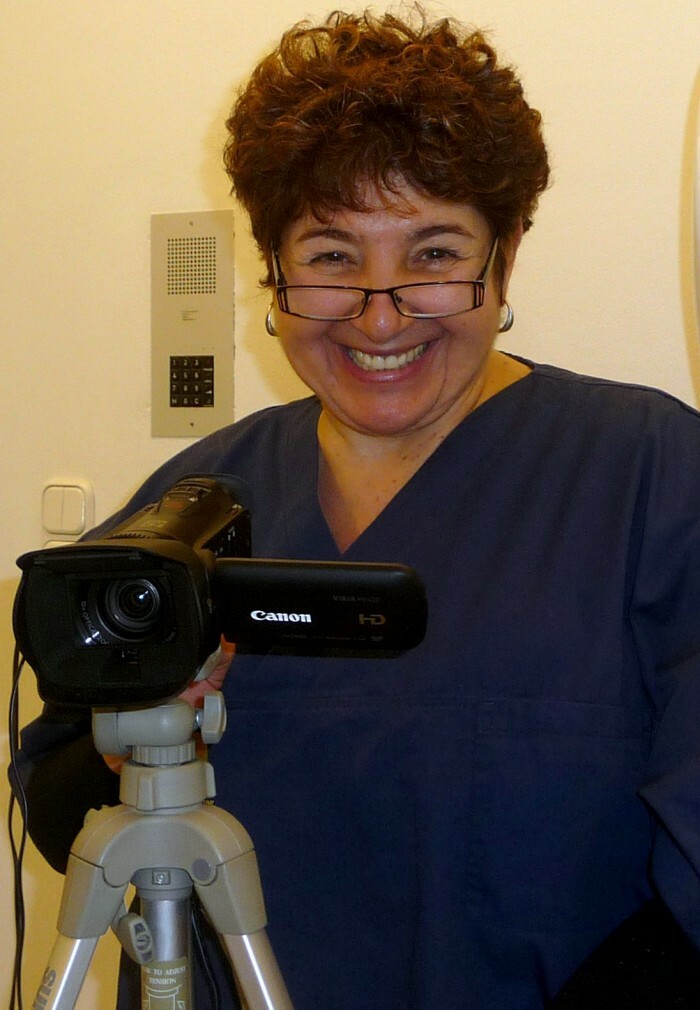 Current treatment of lipedema includes both conservative therapy and surgical intervention. Conservative treatments include compression bandaging and garments, manual lymphatic drainage, and a healthy lifestyle. Compression and manual lymphatic drainage, a special type of massage for the lymphatic system, help move excess fluid out of the tissues and reduce pain, but they cannot get rid of lipedema fat. A healthy diet and consistent exercise can also help reduce fluid and prevent lipedema from progressing.
The only current method of removing lipedema fat is a specialized form of liposuction, either water-jet assisted or tumescent, which must be performed in a way as not to disturb the lymphatic system. However, such expensive surgery is not covered by insurance and can be a long process, and in some cases, lipedema fat may recur. More research on better treatments is needed, and better yet, a cure.
While awareness has begun to take hold, and some research on lipedema is underway, there is still a long way to go. To learn more about this disorder, visit The Lipedema Project or watch The Disease They Call FAT, available on Amazon and iTunes now.