Love tennis but looking for something that takes less time, space, and impact on the body? Look no further. Read on to find out about a tennis innovation that is set to become the next pickleball or padel.

Is Red Ball Tennis the next big small court thing? 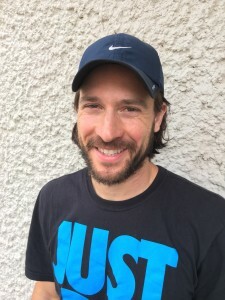 Red Ball Tennis™ is a new game invented by Chris Lewit, pictured, a former professional tennis player who is currently a leading high performance tennis coach and the author of The Secrets of Spanish Tennis. Originally developed in France in the 1990’s, red balls and mini-tennis courts have taken the world by storm in recent years as a tool to train younger players under the age of ten. With this format, the balls don’t bounce too high or fast, and the court doesn’t overwhelm someone without tennis experience.

But Lewit saw something more — a chance to redefine tennis for the 21st century by developing a new game using the framework of a mini-court and lower compression balls that are soft on the arm. This low-impact advantage was key — as a junior and professional player, Lewit had suffered many chronic injuries.

Lewit is passionate about creating a game that anyone can play, anywhere.  And unlike traditional yellow ball tennis, Red Ball Tennis is much easier to set up, and is easier on the body — helping people enjoy the court even if they have physical issues that prevent them from playing normal tennis.

So if you have space and time concerns, or just want a game that’s easier on the joints, maybe it’s time for you to try and ace this new format.