The blockbuster release of Pokémon Go is on everyone’s lips. But is the fad of catching Pokémon making people move more? We crunched the numbers. Read on to find out.

Pokémon Go has become a genuine craze, now aptly referred to as Pokémania. But if you’ve never heard of it, it’s probably because this virtual reality game was only released in the U.S. on July 6, 2016. When you play, you need to travel in the real world to catch these virtual monsters, as well as the eggs and balls that enhance your game.
As the object of the game “gotta catch ’em all” is making lots of people hunt around on foot, we wanted to see if step counts have been higher since the release of Pokemon Go. Our data team compared the average number of steps logged in the Health Mate app during the week of July 6th to July 12th (7-day interval) 2016, and compared this year’s average with last year’s average for the exact same dates.
Check out the graph of the results, followed by our conclusions: 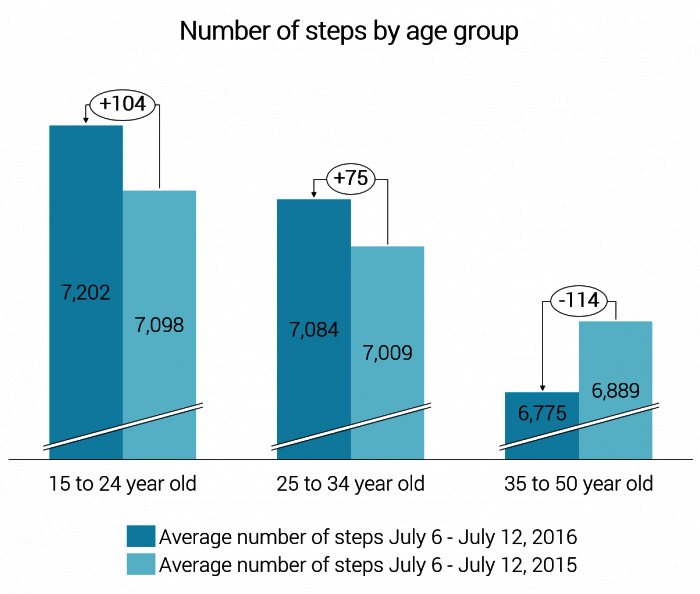