Our newest data story reveals what happens to your body when your favorite team has skin in the game. See the results we collected from users across France who opted into our study and then used continuous heart rate tracking during the 2018 World Cup Final.

We recently explored many of the reasons why sleep during the World Cup seemed to be in short supply all over the world.

But we wanted to dig deeper. So when we asked our users in France if they’d want to participate in a heart rate study during the World Cup final with Croatia, nearly 7000 people wearing our Steel HR hybrid smartwatch quickly said “yes.”

ESPN UK has some great video of World Cup fans celebrating in Paris and Zagreb during each of their team’s goals. But we truly followed fans from the inside out, from kickoff to the final goal, from Lyons to Marseille, Rennes to Strasbourg and beyond. Check out the graph below to see what happened in real time: 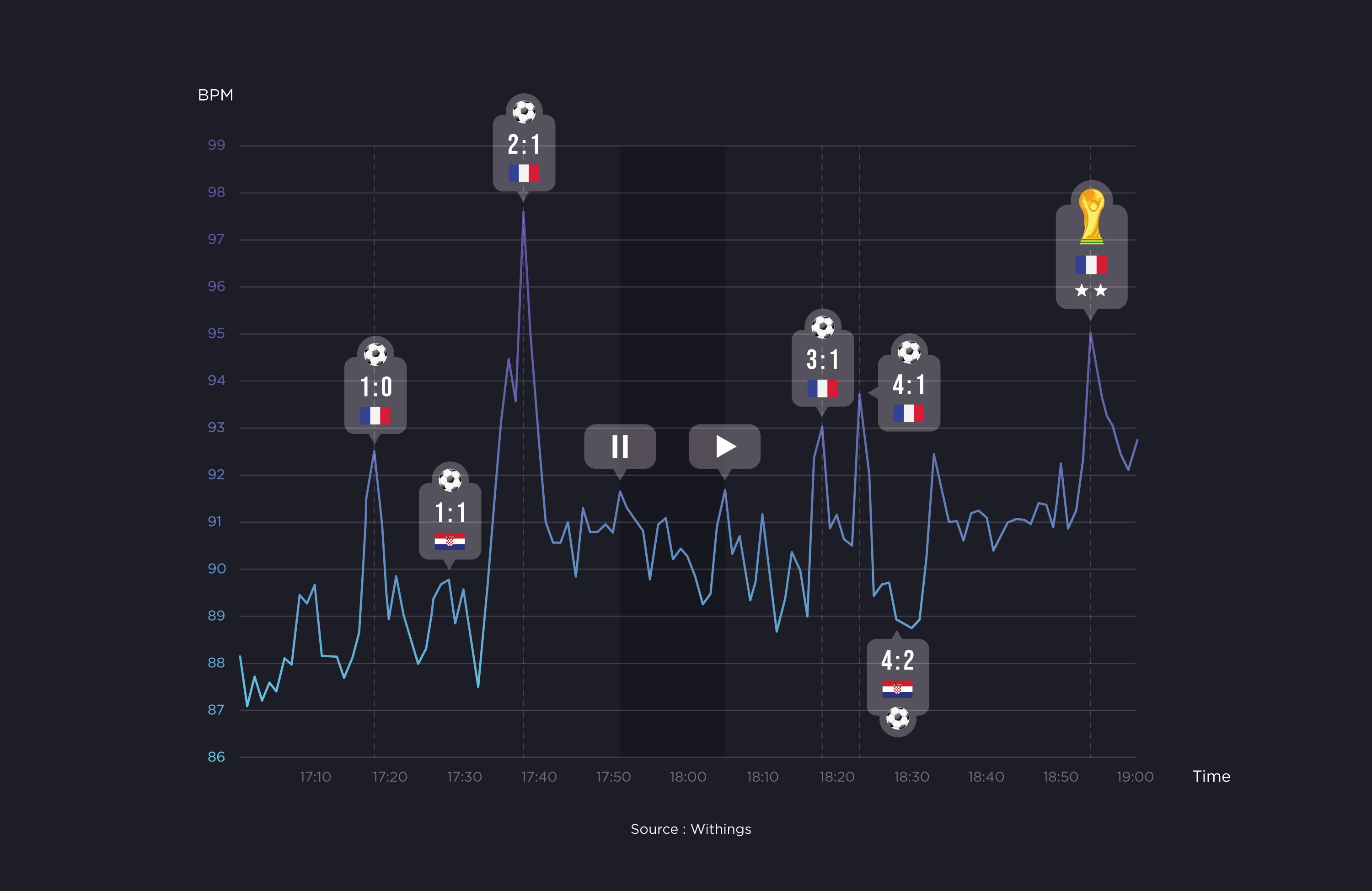 As you can see from the above, the highest BPMs (beats per minute) during the final were recorded during France’s 2:1 lead, and then again during the team’s historic final goal.

Other key findings include:

We hope you enjoy seeing this snapshot of the physiology of fandom. Many thanks to our loyal users in France who helped us out by participating and congratulations to your 2018 World Cup Champions!

This study was conducted by based on data gathered from a panel of nearly 7,000 users of Steel HR hybrid smartwatches. Withings guarantees the confidentiality of personal data and protects the privacy of all its users. Therefore, all data used for this study was rigorously anonymized and aggregated in order to avoid any re-identification.