After Tony Barnhill bought his wife a Withings scale as a gift, he stepped on it and soon found himself on the path to an amazing health transformation. Find out how he lost 87 pounds, nearly halved his resting heart rate, and went from no exercise — to completing a marathon. 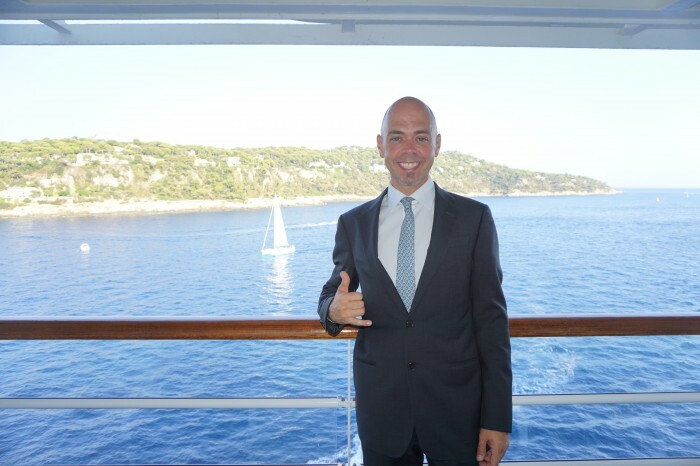 Until three years ago, Tony Barnhill, pictured, didn’t know what healthy felt like. Barnhill grew up in Huntington, West Virginia, a city with one of the highest obesity rates in the United States, and he was overweight and sedentary like most of his family, friends and neighbors. The situation was so dire in the Appalachian town that Jamie Oliver worked with residents to try and improve their dietary choices on his television show Food Revolution. Barnhill was raised eating and enjoying the “country cooking” his family served up, consisting mostly of carbs, fatty meats, and canned vegetables. He also had constant, free-flowing access to the soda machine in the family business adjacent to his childhood home. He knew he was overweight, but didn’t give it much thought when he was young. “Looking around, I looked like everyone else,” Barnhill said. “We all grew up eating our grandmas’ biscuits and gravy, full plates of food that were either brown, orange, or white, without a fresh vegetable in sight.” In 2003, Barnhill moved to Hawaii, a state with one of the lowest obesity rates and longest life expectancies in the country. He married a woman who was health conscious and who made efforts to eat healthfully and stay active. They had twin boys. Though he was experiencing big, happy, life-changing events during his first decade in Hawaii, Barnhill’s sedentary lifestyle and unhealthy food choices remained the same. Then, in 2013, his boss recommended a Withings smart scale to him, and Barnhill thought it would make a good gift for his wife. A proud and self-described tech geek, Barnhill liked the product, however, he had no intention of using it himself. But just before his 37th birthday, he stepped on the scale to show a visiting friend how it worked and was shocked by his weight, which had reached a new high. “Between the ridiculously high number and my birthday a week away, I was jolted into making a change.” Read on to learn how Barnhill, who chronicled his downward weight loss track on his website, made slow and steady changes over time to improve his overall health and eventually win the race. Or, more accurately, finish the Honolulu Marathon in 5 hours and 9 minutes despite spraining a muscle halfway through, which sure seems like winning to us.

“I feel like there is nothing I can’t do.” — Tony Barnhill

What are your favorite foods and drinks on your healthful eating plan? Salmon, for sure. I’m like a salmon-aholic. I don’t think I’ll ever get tired of it. I bake it in the oven for about 15 minutes at 425 with nothing on it whatsoever. I’ll have that along with steamed broccoli and a very small portion of brown rice at least five times a week. No sauces or anything else, only natural flavors. I also drink plenty of coconut water these days as well to keep me hydrated on my runs and help with recovery. What advice do you give to others who want to get healthy but don’t know where to start? My advice is to look for one thing you can do without. For me that first thing was corn syrup. It’s hard to start a diet where you try to change everything at once. But if you just find one thing that you’d be better off without, you’ll see progress. I think it just comes down to breaking old, bad habits and creating new, healthy ones. What are your current short and long-term health goals? My goals are to maintain my current weight, which is currently very easy for me. I haven’t felt like I’m on a “diet” for, well, ever. I never felt like I was suffering through eating something I didn’t really want. All of those carbs, sweets, and syrups are habit-forming. You just need to break the habit. And now that I have, I’ll never go back. There are far sweeter things in this life than those that can be eaten. I want to live for as long as I can. I want to see my kids grow up and be there for them. I want to hold my grandkids and great grandkids on my lap. My great, great grandparents were still alive when I was in high school. They lived over 100 years. Five generations of us were alive at once. If they can do it, I can do it. And if I can do it, you can do it. *** Thanks so much to Tony for sharing his success story!